Vimmerby Public Library  (VPL) is located in beautiful Sweden, right in the Town Hall - a testament to its important role in the community. With two other locations just ten minutes away from the main library, these branches are an accessible way for the 15,000 residents of the municipality to get the information, education, and entertainment they need. Not only that, but they’re taking resources out into the community for patrons who can’t make it to branches. 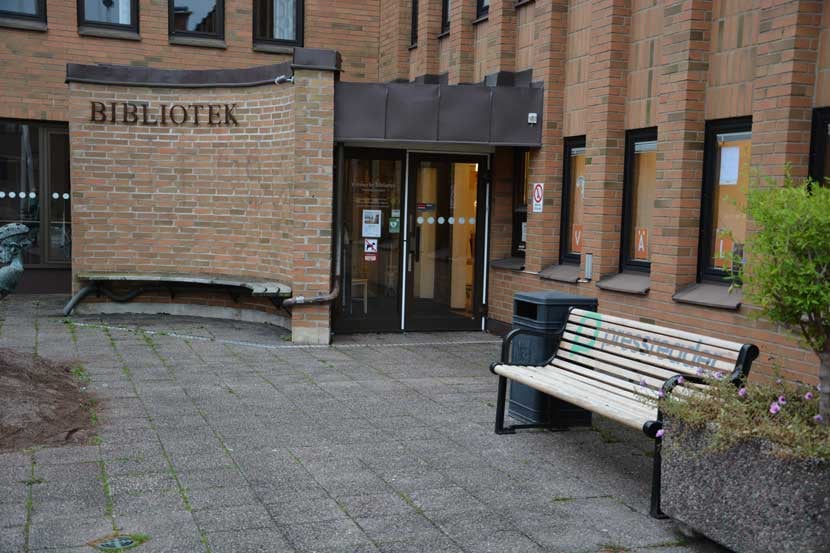 We have programs where we visit our patrons who for one reason or another can’t make it our libraries themselves. Or, where it just makes more sense to come to them, like when  we have presentations about the importance of reading at schools and maternal healthcare service locations.

It just goes to show how dedicated VPL’s team is to serve the nearly 60,000 patrons who visit them yearly.

Resources for every patron

Before offering PressReader, Vimmerby had a huge amount of traditional media for their patrons to take advantage of. For those who loved coming into the library and flipping through physical copies, this was a great option. But patrons who wanted to read at home, or who preferred digital amenities were left out of the conversation. PressReader and VPL began working together in early 2019, and that quickly changed. The library became a central hub for both traditional and digital resources - so every patron could find what they needed, in the format they were most comfortable with.

We didn't know what we were missing until we received it! Now, PressReader feels like an invaluable asset – especially for our patrons who use it from home.

VPL’s patrons are now reading over 1,000 articles through PressReader every single month. With the COVID-19 global pandemic becoming a reality in 2020, digital resources became an especially important resource to the library and their patrons.

Vimmerby integrated the promotion of PressReader into their physical locations, and in their digital marketing plan:

Like every service at the library, the librarians themselves are crucial in the promotion and support of digital resources like PressReader.

I personally have a PressReader pin-back button on my keycard lanyard around my neck, as it’s my duty as an IT librarian to promote every digital service that we have, so I use every chance I get!

They’ve also gotten really creative in how they marry digital amenities with traditional spaces. Peter himself came up with the idea of putting an eye-catching PressReader bench just outside the library doors, creating a space for patrons to sit, relax, and catch up on reading.

A couple of park benches outside our library were really run down but people still enjoyed sitting on them, accessing our WiFi network. That’s when I got the idea that we should paint them with the PressReader logo in time for the eMedborgarveckan campaign - an event during which libraries, schools, and other players in the country of Sweden promote increased use of e-services and increased digital participation for all. In Region Kalmar, PressReader is one of the two services we will focus on the most.

You can find the exact coordinates of the bench on Google Maps by clicking the coordinates below:

PressReader’s platform made it possible for VPL to serve their patrons in a more well-rounded and effective way - giving patrons from every age, language, and background a chance to find exactly what they were looking for, or discover something entirely new.

The possibility for so many people with different international backgrounds to read current newspapers and magazines in their own languages is to me an almost priceless feature, because far from everyone can afford a subscription to even one physical version of what PressReader can provide. In a small town like ours, it’s also practically impossible to find international newspapers and magazines without having to order them – even then you might get them a day or more after the publishing date!

Many patrons also use PressReader as a tool to develop new and old hobbies and catch up on interests.

It has also given our patrons the chance to easily find newspapers and magazines in languages that they perhaps felt that they needed to brush up on, or even found new hobbies because they could look in magazines that they normally would not look in.

Because every patron is different, PressReader’s wide variety of features is here to serve their unique needs. From translation and listening to keyword searches. There’s something for everyone.

Our patrons rave over the ability to translate articles from foreign languages into ones they can understand, especially after searching for keywords. Other extremely popular features are the ability to listen to articles and to get the latest issues of your favorite newspapers and magazines downloaded to your mobile automatically.

The future of the library industry

It’s no surprise that patron expectations and behaviors are changing. This year, more than any other, has shown the importance of digital amenities in a world that can change in an instant. Digital is what we can rely on to connect us to each other, no matter how far we are, or the circumstances keeping us apart.

Vimmerby is forward-thinking when it comes to embracing technology, and utilizing their physical spaces. They’re working on a system that will allow patrons to use library resources whenever they’d like, even when the library is closed. By giving patrons the option to use their library card, they can enter and exit when they want, and use a self-checkout system to grab their books. At the end of the day, what’s most important is the trust between the library and its patrons.

PressReader has opened up a whole new world to a lot of our patrons in a way that just the Internet on its own cannot. Our patrons have learned to trust our library, and therefore they know that they can also trust the digital services we offer them.

We asked Peter how he’d describe the future of the library industry.

We can’t wait to see where it’s headed.

Interested in providing PressReader at your own library? Get in touch with us by clicking below.