The impacts of advanced technology on libraries and education 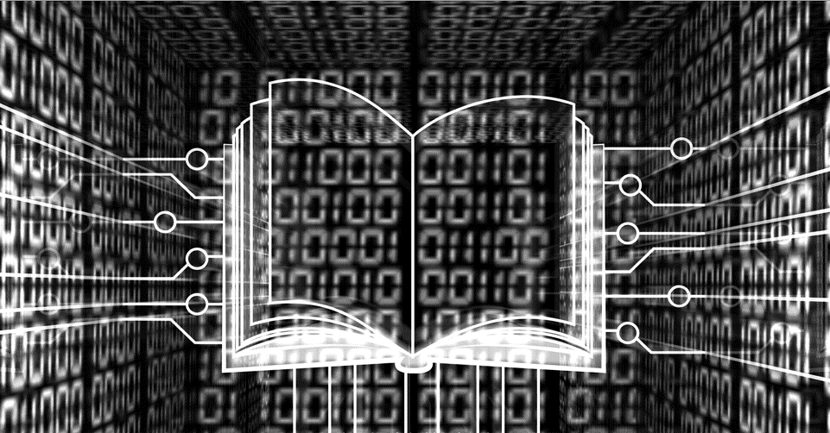 I’ve always been a fervent supporter of innovation and I believe that Artificial Intelligence (AI) and Blockchain are two of the most exciting innovations of the 21st century.  They will, quite frankly, revolutionize the world as we know it.

Which is why it’s important for us to understand them and their potential.  And we need to respect the speed at which they are advancing and start thinking of ways to harness their power for good.

Working in a technology-driven company and experiencing firsthand how fast the world is evolving, I like to pay attention to what Google’s director of engineering, Ray Kurzweil, is forecasting about our future.  I may not always agree with his predictions, but his track record has been quite remarkable.

In his 1990 book, The Age of Intelligent Machines, Kurzweil predicted the explosive adoption of the internet, wearables, and that Artificial Intelligence (AI) would beat the world’s best chess players by the year 2000.  That actually happened in 1997.

He also predicted two years ago that by 2029, computers will have human-level intelligence, “What’s actually happening is [machines] are powering all of us. They’re making us smarter.  They may not yet be inside our bodies, but, by the 2030s, we will connect our neocortex, the part of our brain where we do our thinking, to the cloud.”

Since then, AI has been feared and revered by the smartest minds on the planet.  In 2014, renowned physicist and cosmologist, Stephen Hawking, said, “The development of full Artificial Intelligence could spell the end of the human race. It would take off on its own, and re-design itself at an ever-increasing rate. Humans, who are limited by slow biological evolution, couldn't compete, and would be superseded."

But, the ever-optimistic Kurzweil downplays the threats, preferring to believe that connecting AI to our brains will make us funnier, better at music, and even sexier, “We’re going to expand our minds and exemplify all the things that we value in humans to a greater degree.”

It’s hard to fathom sometimes what the future will actually hold for us. With computers doubling their capabilities every 12-18 months, what does that mean in terms of our ability to comprehend the impact technology will have in our lifetime?   In only ten years, it will be 1000 times more advanced than it is today.

What will it do to society, libraries, schools, businesses, governments, and our planet?  Will we be ready for it?

Although I strongly believe in the power of innovation, I must admit I also have some apprehensions about the exponential pace of technology advancement – technology that could be a powerful weapon if exploited by malicious people, businesses, and governments.  But then again, since the beginning of time, innovation has been a double-edged sword that could be put to good use or abused.

And let’s not forget, we’ve been at crossroads like this before – think stem cell research and biotechnology (e.g. cloning).  Both of these innovations have been regulated around the world, along with many others.

So instead of worrying about something we really can’t stop, it’s time we put our fears aside and work together to put the necessary safeguards in place to protect us, while still allowing innovation to evolve and help create a better world for us all.

AI is not science fiction or a topic just for geeks.  Citizens everywhere must engage in this discussion and debate.  None of us can afford to be ignorant.

What will AI mean for libraries?

Back in March of 1993, Kurzweil wrote a column for Library Journal called The Changing Library. In it he talked about what the library of the future might look like.

“With books in virtual form, transmitted readily through the communications ether, the emerging virtual library will not need to be housed in a building.

“… computers will continue to facilitate the efficiency of administration, but this human-directed function will not go away. The last two categories of library service – knowledge finding and pedagogy – will become the primary focus of the librarian. Although computers will provide competition in these roles, until computers are capable of matching our intelligence, the role of humans in the process of managing and imparting knowledge will remain central.”

2029 is the date where this “intelligence matching” will occur according to the futurist, and 2045 will be the year of Singularity: “The point in time when all the advances in technology, particularly in AI, will lead to machines that are smarter than human beings.”

According to Kurzweil, “The codification of knowledge and the process of enhancing human learning will be the cornerstones of the next phase of human history. In the second industrial revolution, the wealth and power of nations will be based on non-material resources, by the ability to create and facilitate knowledge. Seen in this light, the librarian is a natural leader for the age of knowledge that is now unfolding.”

In an AI world, the human touch will continue to be critically important.

There’s been a lot of angst about the loss of jobs due to AI and other technologies, but Kurzweil sees a future full of opportunity.  In an interview with Fortune, he was asked how he would respond to this fear, “Well, don’t worry, for every job we eliminate, we’re going to create more jobs at the top of the skill ladder.”

When asked what those new jobs would be, he said, “Well, I don’t know. We haven’t invented them yet.”

I’m not keen to be the first in line to have nanobots integrated with my neocortex, but I am excited about how AI can help us perform beyond the natural limitations of our biological brains.

I can already see it!

As much as I admire and respect the late Professor Hawking, living in fear of technology destroying the human race isn’t something I want to spend my time worrying about.  Instead, I’d much rather prescribe to Kurzweil’s theory that through AI, we will become better and smarter global citizens sooner than we could imagine because of the law of accelerating returns.

So, instead of worrying about I Robot taking over the world, let’s work now to put the safeguards in place that protect us from the abuse of technology and embrace the opportunities unparalleled human-machine synthesis will bring to libraries, research, education, and our communities.

As much as I believe blockchain has the potential to help libraries and academics mitigate internet-induced risks, the technology is still in the experimental phase and needs some really smart pioneers to shake it out and evolve it into something more usable by individual libraries and schools.

But I also believe that it is imperative that we understand it now so we can plan for its adoption when the time is right – time that can sneak up on you when you least expect it.  Will you be ready?

Global management firm, McKinsey & Company developed an interesting discussion guide for organizations to assess their ability to act in a disruption journey.  For some, it will be motivating, while others will feel a dreaded sense of déjà vu as it reminds them how they perceived the internet when it was in its “detectable” phase back in the 90s, and how that led to where they are now.

Given the financial frenzy over bitcoin, it’s pretty evident that blockchain is now in the detectable phase of its evolution.  There is no verified business model yet, but there is an awful lot of noise.  This is great news because it gives us the opportunity to learn from our past mistakes, so that we don’t find ourselves, once again, on the wrong side of another major trend.

The early movers and shakers in library blockchain solutions

It’s hard to find an industry that isn’t at least experimenting with blockchain technology.  From finance to music, travel, publishing, real estate, retail, insurance, healthcare, advertising, government, law enforcement, and even gun tracking, there are so many players coming and going in the space; it’s hard to stay on top it all.

So it’s no wonder that academia and libraries are getting into the game. Sony Global Education’s educational platform uses the IBM blockchain to facilitate teachers and professors sharing information regarding students’ achievements and progress.

Learning Machine uses blockchain technology to create, manage, and issue academic records that can be verified anywhere in the world.

A team of Oxford academics led by Joshua Broggi (founder of Woolf Development), launched the first blockchain-powered university – Woolf University – a distributed ledger designed to automate the university’s administration and provide personalized one-to-one teaching with respected academics from anywhere in the world.

San Jose State University’s School of Information is also exploring the potential of using blockchain technology for library and information services.  Some of the ideas being considered include:

Certainly, all the blockchain benefits outlined above are good for everyone, including libraries, but the unique value comes with solving the problems that have been haunting the industry since the dawn of the internet – provenance, fraudulent research, academic paper pirating, and declines in media literacy by the proliferation of fake news.

A very hot topic these days is the cost of middlemen in research publishing and a perceived practice of double dipping.  Imagine if researchers and schools were able to publish their papers and journals on a blockchain and give students open access without going through and paying a middleman?

There are already organizations (e.g. Orvium and Project Aiur) exploring the space.  Orvium is building an immutable blockchain that fosters transparency and trust in the publishing process where journal owners can decide how payments and fees are distributed among authors, editors, reviewers, readers, and schools.  Project Aiur focuses on creating a more transparent and tamper-proof AI peer review and publishing service.

A new internet is coming faster than you think

Now, you’ve probably heard that bitcoin, ethereum, and all of the other public blockchains built on the same recipe are basically where the internet was in the early 90s.  And that like the internet, it will be at least a decade before blockchain hits mainstream.

But I caution you not to get too comfortable assuming that you have lots of time before you have to think about blockchain. Remember, with computers doubling their capabilities every 12-18 months, in only ten years, technology will be 1000 times more advanced than it is today.  The rate of growth of blockchain-based applications and related innovations is already showing exponential potential.

It’s not the technology that matters; it’s what you do with it

The only successful path with new technology is through one of advancement. And what we need to move forward with AI and blockchain technology is an open imagination that focuses on building a better future for all, not just industry or ourselves.

So keep your mind open to all possibilities while you keep your fingers on the pulse of what’s happening in these two promising innovations and where their power truly lies.  Because it won’t be that long before they become integral parts of business, education, society, and humanity, and we can’t afford to be left behind, again.