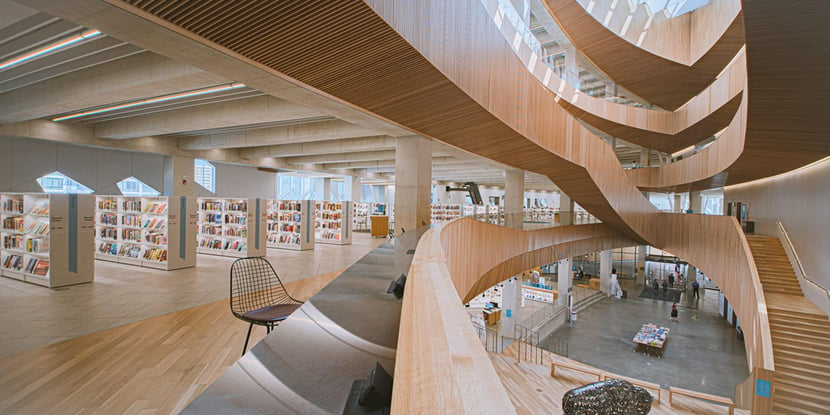 For those who love books, libraries are sacred places. Once inside, we are surrounded by an infinity of words and inspiring ideas that span millennia; a veritable sea of knowledge waiting to be absorbed. For roughly 2,800 years, subject matter has been systematically organized for intellectual benefit. Whether stone tablets, papyrus, or the digital ones and zeroes you’re experiencing now, scholars, students, and the curious public have trusted libraries to safeguard texts both sacred and irreverent.

Libraries may enjoy a long, rich history but they are anything but archaic. While some readers still prefer physically locating a title and the satisfying sensation of flipping its paper pages, libraries are increasingly offering more digital options for consuming content.

Libraries are also playing much larger and essential roles for their patrons and visitors these days. They have become community gathering places, learning centers, lecture halls, and sanctuaries as the world collectively endures COVID-19. With more people staying at home during the pandemic, continued library access has huge and important impact. In these times of economic uncertainty, libraries ensure citizens stay connected to health updates and potentially life-saving information.

When it comes to outlining the mission of libraries, few people in history have the authority of steel magnate and philanthropist, Andrew Carnegie, who funded the establishment of over 2500 public libraries around the world. The single largest investor in public libraries in US history, Carnegie donated much of his vast fortune to science, education, and peace efforts.  In the early 1900s, Carnegie’s view was that “there is not such a cradle of democracy upon the earth as the Free Public Library…”

Echoing that sentiment in the 1940s, US President Roosevelt said libraries were “essential to the functioning of a democratic society.” Today, the International Federation of Library Associations (IFLA) states that a library’s purpose is to give everyone the opportunity to learn, grow, and develop.

During the lifetimes of Carnegie and Roosevelt, and up to the early 21st century, societies were taught to read and critically analyze information. Entire generations knew how to access primary sources outside the internet, which wasn’t accepted as a primary source.  But in what felt like a blink of an eye, the internet became the source.  Not only did this affect libraries, but it has changed the face of journalism as well.

While publishers and libraries may not always hold identical perspectives, their shared plight and challenges bring an opportunity to champion their valued history and pen a compelling, media-literate future.

Similar to Roosevelt’s take on libraries, The News Media Association in the UK adds that journalism plays a vital role in a democratic society, and in 1841, Thomas Carlyle called it the “fourth estate” — a label that lives on today.

Over the past few years, press freedom and democratic access to quality, trusted journalism has been deteriorating. With greater frequency, those who should be accountable in government and society live outside the media ecosystem entirely, reaching billions of people with whatever lies and propaganda they want to spread through social media and other digital channels.

Media literacy and false narratives get a lot of press, but not enough attention.  And thanks to all that disinformation infiltrating our lives, the foundation upon which mainstream media was built is crumbling.  People are trusting the media less and unsubscribing to it more. 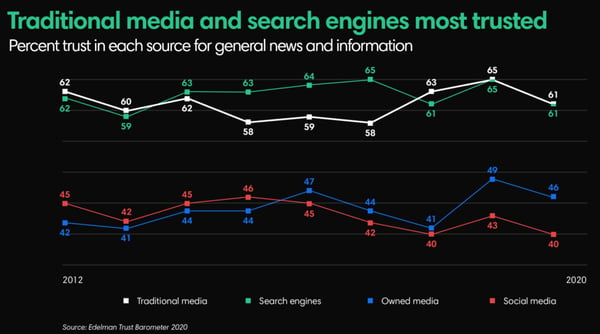 That said, if we can give the masses the tools and trusted information that help them separate truth from lies and make informed decisions about their role in society, we not only improve their media literacy, we help elevate trust in traditional media back to where it used to be — above everything else.  And the place to find the masses is - drum roll, please - libraries!

Libraries not only democratize content: they educate people of all ages and help patrons determine what information is trustworthy and what is not.

Sadly, media literacy is on the same trajectory.  You probably all remember back in 2016 when Stanford University reported that most US students couldn’t distinguish credible from unreliable news articles.   Two years later, only 2% of young people in the UK had the literacy skills to tell if a news story was real or fake.

In 2019, Stanford’s closed its latest media literacy study with a dire warning. If ever there was a need for libraries and mainstream media to join forces to fight the good fight for media literacy, it is now.

2,800 years and counting: Libraries are essential contributors to society

As guardians of the world’s greatest treasures, libraries have proven to be essential social infrastructure for people and the global economy.  This was especially true during the early days of the pandemic when citizens were in lockdown with limited access to trusted information.

Librarians worldwide hit the ground running, working long hours from home, helping people sign on to digital services to access newspapers that kept them informed, and magazines that helped them escape the stresses brought on by COVID-19.

Libraries have the power to change the world, but the battles they face fulfilling their mission to democratize access to content and solve the media literacy crisis is daunting.

Media literacy is a priceless resource, and the value public libraries deliver to their communities is likewise inestimable. We must all work to ensure libraries along with their publishing partners continue to provide us with the information we require to make informed decisions in our lives, communities, and society.

If you have any comments on this article or wish to learn more about how you can help create a more media literate society, let’s talk. 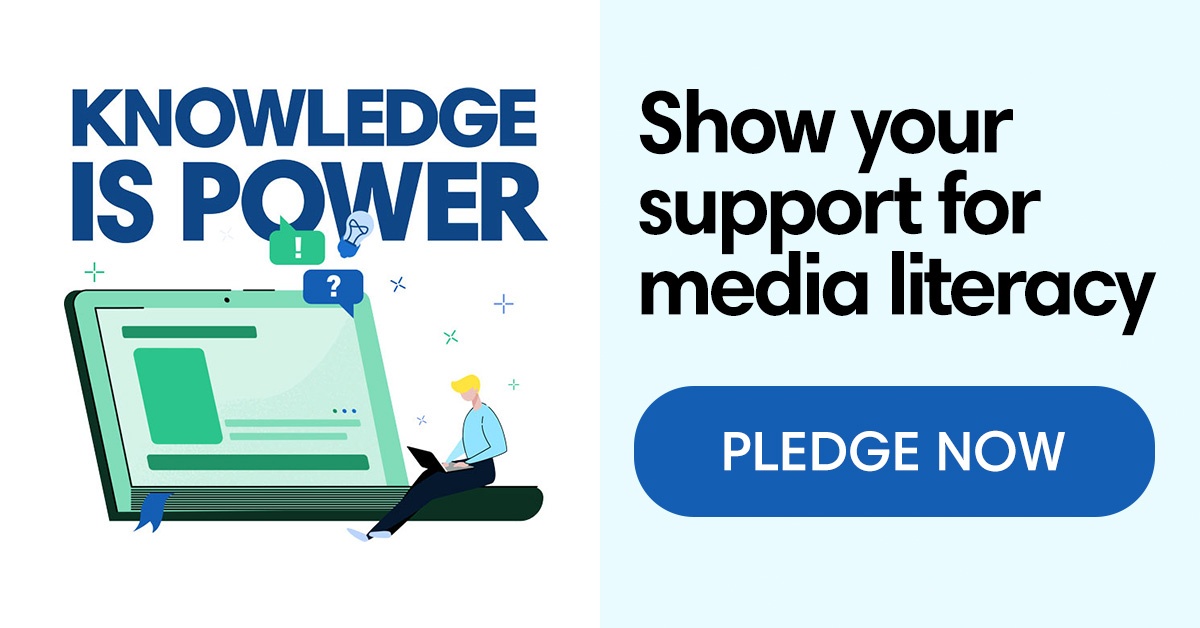