What role does local government play in the fight for media literacy? 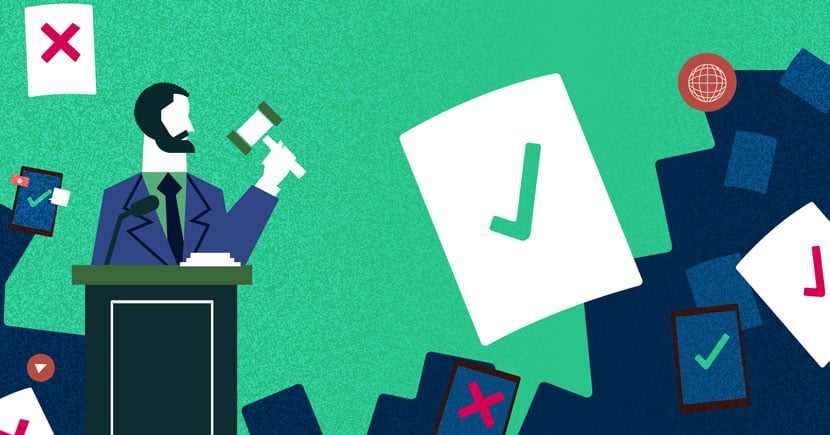 Librarians play a significant role in the fight for news media literacy, by sharing trustworthy, unbiased resources and encouraging civil, balanced discussion — but they can’t wage this battle against misinformation alone.

To truly make an impact outside of the library walls, governments need to take action, too. In other words: the fight for global media literacy is a team sport.

These days, media literacy has expanded far from its traditional definition (the skills to critically evaluate press, television, and radio) to include new channels like social networks, blogging, citizen journalism and online discussions. Unfortunately, as more people are gaining access to publishing tools and content, more and more of this information is being consumed in an increasingly uncritical way — and the challenges in media and information literacy are growing.

We’re bombarded by thousands of stories, social media posts, images and videos daily — consumers spend an average of 463 minutes a day engaging with media. That’s a staggering amount of messaging flowing in. Wherever content is being consumed, it’s vital that readers (or viewers) can clearly contextualize and make sense not just of what is being presented, but why. If we’re not consuming critically, objectively and analytically, we run the risk of believing every tidbit that comes our way — even if the author or creator isn’t acting in good faith. And that can have dire consequences.

Media illiteracy impacts governments more than you might think

Strong media literacy rates make for strong democracies, engaged citizens and successful communities, all of which we need now more than ever. In 2020, the Economist Intelligence Unit’s Democracy Index dropped to its lowest score in its history — and many critics and experts tie this alarming change directly to a plunge in media literacy. Suffice to say, it’s in local governments’ best interest to raise the bar for their populations, and support libraries’ quests to educate and inform.

Low media literacy (or media illiteracy) also leads to social conflict, bullying and polarizing politics. These are issues that can’t be solved independently; rather, they require established programming and financial support to overcome.

Media illiteracy impacts governments directly via decreased civic engagement and voter participation. A society that doesn’t know to distinguish government information from un-credible content impedes the government from conveying critical updates to its population — just look at the misinformation around the COVID-19 vaccine rollout.

More generally speaking, governments should be invested in functional literacy as well, given that literacy levels are proven to directly impact one’s employability. When literacy levels are high, the local and regional economy gets a boost; on the flipside, low literacy levels correlate with higher pressure on social services and healthcare support.

As the Center for American Progress puts it, “The wide-ranging consequences of functional illiteracy include large-scale political disengagement; aggregated economic loss in the form of suppressed GDP; greater dependency on social welfare programs; and higher incarceration costs. In total, these consequences represent an estimated 2 percent of annual GDP in developed nations—equivalent to an opportunity cost of $428 billion in 2019.”

Our communities benefit from greater political participation when it comes to reducing fake news and improving media literacy. But how exactly can governments support librarians in their quest? Funding, resources and programming are a great place to start. Educators (including librarians) and policymakers must join forces to approach media literacy as a united front.

Education in and out of the library

Libraries aren’t just a source of access to content: they educate people of all ages and help patrons determine what information is trustworthy and what is not. But public education will play a critical role in spreading this message as well, with an updated curriculum that focuses on new media literacy.

Sadly, trust in traditional media has been rapidly eroding in recent years. Stanford’s Graduate School of Education has found that the majority of US students struggle with information literacy, and are unable to distinguish between credible and unreliable news articles. Meanwhile, billions of people can be reached with propaganda through digital channels and social media, with no barrier to entry.

Investment in tools and resources

Government employees don’t necessarily have to be experts in the field of media literacy to help fight the good fight: but they can provide financial support to people who are. By offering grants and funding to individuals who can build toolkits, host workshops or train others, government institutions can help build a richer media-literacy knowledge pool in their communities.

For instance, the American Library Association recently ran a pilot program to train library employees to help adults become more critical news consumers. The ALA also received a $249,378 grant to fund the creation of a practitioner’s guide for media literacy education, designed by a group of librarians, educators and journalists. Money well spent.

The lack of gatekeeping on digital content creation can, in many cases, be a positive thing: it’s easier than ever for under-represented voices to find a platform and audience. But the unmediated nature of so much digital content is a double-edged sword — with no editorial board to answer, no regulatory bodies, no enforced fact-checking and no legal liabilities, outright lies or harmful misinformation can easily be created and widely shared.

Facebook’s appearances in front of Congress in recent years has shown that lawmakers are starting to reconsider whether platforms for user-generated content should be subject to the same responsibilities as traditional media. While there are certainly many ethical concerns surrounding government intervention in this space, thoughtful policy and regulation could be a benefit overall to building stronger media literacy for the general population.

Some modest changes could include requiring the labelling of news sources, for instance, or prompting users to provide clearer indications of pay-to-play content. If social media is going to act as a source of news and content for so many, perhaps it should be subject to the same stipulations as traditional media.

Libraries have so many responsibilities to their communities. Building a strong foundation of news media literacy is just one piece of their programming puzzle. But with the help of local governments, a better, more democratic future could be well within reach.

Ready to join the fight for media literacy? Take the media literacy pledge and explore how PressReader could benefit your library.