Here's how governments around the world are supporting their libraries

When libraries and governments work together, they become a bit of a dream team. Their shared foundation of driving forward public and community initiatives makes the work they do together mutually beneficial and amplifies efforts on either side.

Libraries have been supporting all levels of government for years, by providing access to government resources, information and education on-site. Like in Ontario, where 100% of libraries in the region give access and support for online government forms and information.

But, how do governments support libraries in return? A lot of the support for local libraries comes down to funding, with the most impactful dollar amounts coming from their local or national governments. Depending on the location of jurisdiction of a library, the government support can differ pretty drastically. In the US for example, public libraries are not in the federal jurisdiction, but there’s major strategic and financial federal support for library innovation. In Canada (as compared to the US, the UK, and Nordic countries), there’s a lack of strong federal presence in research, statistics, development and policy related to libraries. But, that’s not to say they don’t receive any support. There have been many highly successful federal government relationships with libraries in Canada, but they’re scattered across many departments (like HR and Social Development).

Although government funding for libraries isn’t a simple formula, it’s really the lifeline that many libraries need to thrive. Regardless of where in the world your library is, your government should be offering support in basic ways, including the right funding. Funding is what helps create momentum for the library vision of the future: “more literate and better informed people, and fairer, more inclusive and more engaged societies”.

It’s not that money is the only way libraries can achieve their goals.  However, funding paired with collaboration with key government partners is a powerful combination. Here are some of the ways governments around the world are supporting their libraries, and making real change in the process.

Giving libraries a seat at the table

Outdated perceptions about libraries still exist, and that can lead to a misrepresentation in public policy, and a lack of priority on government action lists. But, the governments that understand  libraries play a huge part in community engagement, sustainability and economic development have given them a real (and lasting) seat at the table.

As governments and other decision-makers define plans and policies, they’re incorporating the rich programs and activities libraries offer — while creating opportunities for new initiatives through additional funding. The first step is giving libraries and librarians a voice, and a role in the dialogue happening in local and federal government talks. 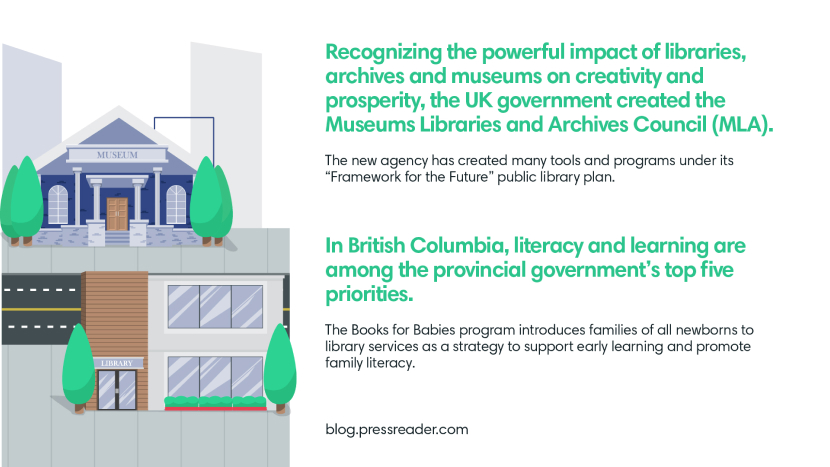 According to Amy Garmer, Director of the Dialogue on Public Libraries at the Aspen Institute: “It’s now time for library leaders to have a seat at the table and be invited to participate in discussions on relevant topics related to the community. Combining the knowledge and resources of library leaders with those of local government leaders would strengthen communities and help to readily address priorities in areas such as education, workforce and community development, and access to broadband and digital literacy skills.”

The pandemic amplified the digital divide that already existed in our world. As COVID-19 propelled us even further online, it also illuminated a long-standing issue: billions of people don’t have the universal human right of internet access. Many rural and low-income households — and even those in large urban areas — lack reliable, affordable access.

According to UNCTAD’s technology and logistics director, Shamika Sirimanne: “This situation has significant development implications that cannot be ignored. We need to ensure that we do not leave those who are less digitally equipped even further behind in a post-coronavirus world.”

As we move increasingly towards a digital-first society, governments are considering how they can partner with libraries to bridge this divide. That means a lot of things, including ensuring libraries have the hardware and infrastructure they need, providing funding for equipment and literacy programs, and being an ally in creating a technology-forward library future. As Eli B. Martin says: “Because the internet is harder to sort through than a library catalog, there’s a strong case that a library’s core services are actually becoming much more important.”

Strong media literacy rates make for strong democracies, engaged citizens and successful communities. Literacy is truly fundamental to democracy, as it allows all citizens to equally navigate information. In this sense, it should be a top priority for governments, and librarians should be seen as powerful allies in sustaining both education and democracy. After all, libraries educate people and help patrons determine what information is trustworthy and what is not. 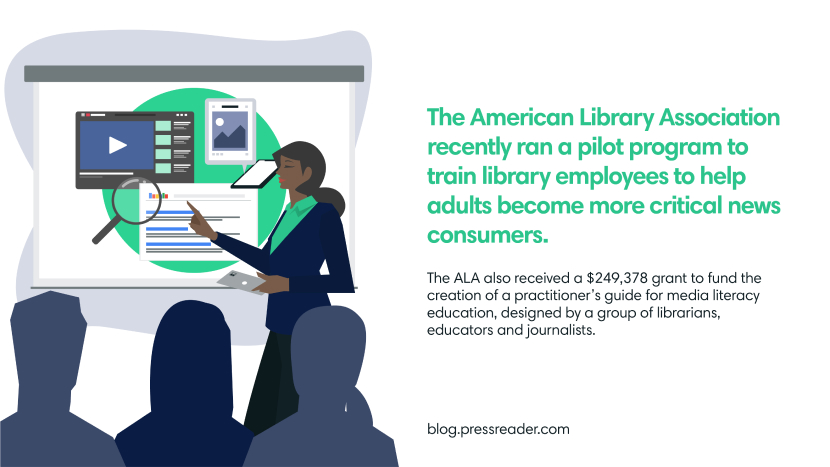 Governments are providing grants and funding to libraries specifically for media literacy programs including in-person workshops and virtual training. Programs like this acknowledge that being connected is not simply about access to the right devices and network. As Amy Huffman, policy director for the National Digital Inclusion Alliance (NDIA) in the US says: “You can’t close the digital divide with just pipes and wires. You have to also address the human side of the equation.”

As you plan for the evolution of your own library’s design and services, learn what six experts predict for the future of libraries here. 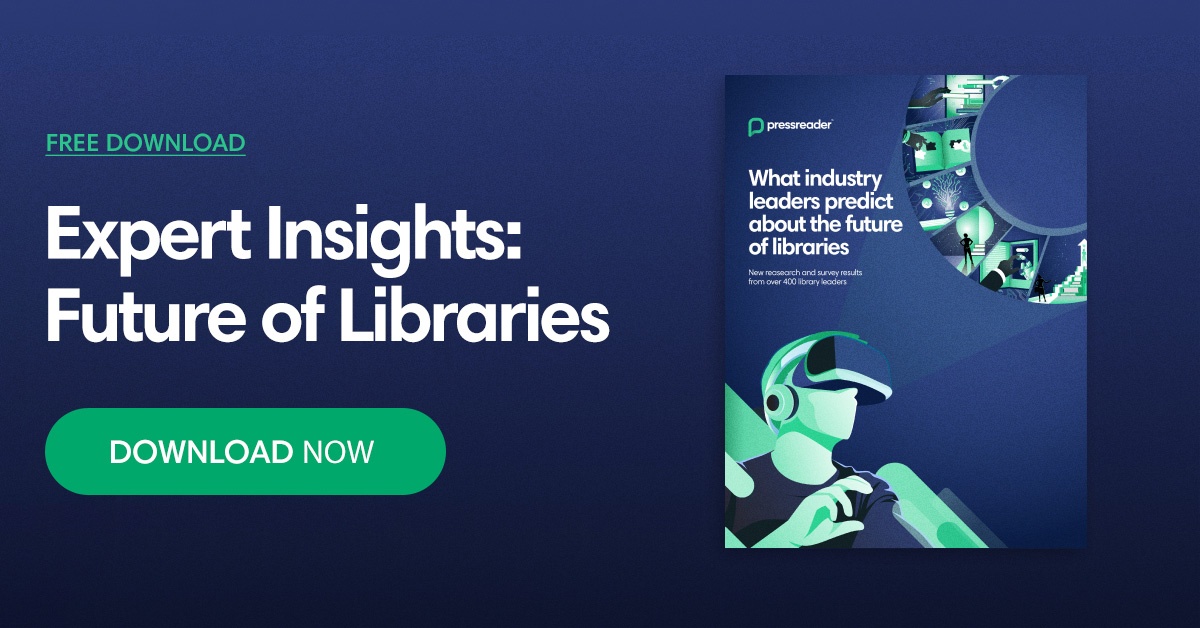