The Mission of Libraries and Journalism in Media Literacy

Assuming, as we all do, that quality content deserves compensation, what is the mission of journalism today? Should journalism be only for the elite and those who are able or willing to pay for it? Is it to make money for shareholders? Or is it to inform, educate, and entertain the masses and serve everyone equally regardless of their ability or willingness to pay — the rich, the poor, and those who believe that “digital content should be free?”

The News Media Association in the UK adds that it plays a vital role in a democratic society.

In the 1800s, Thomas Carlyle called it the “fourth estate” — a label that still lives on hundreds of years later and distinct from non-mainstream media outlets that form the 5th estate.

“Burke said there were Three Estates in Parliament; but in the Reporters’ Gallery yonder, there sat a Fourth Estate more important for all.”

But let me shift gears here for a second and talk about libraries. It may seem like an odd transition but bear with me.

In the 1900s, Andrew Carnegie called free public libraries “the cradle of democracy.”   Many decades later, US President Roosevelt said libraries were “essential to the functioning of a democratic society.”

Today, the International Federation of Library Associations (IFLA) states that a library’s purpose is to give everyone the opportunity to learn, grow, and develop. And it explicitly includes people neglected by “economic logic.”

I grew up in a country where the media was heavily censored. There was no choice; there was no democracy. 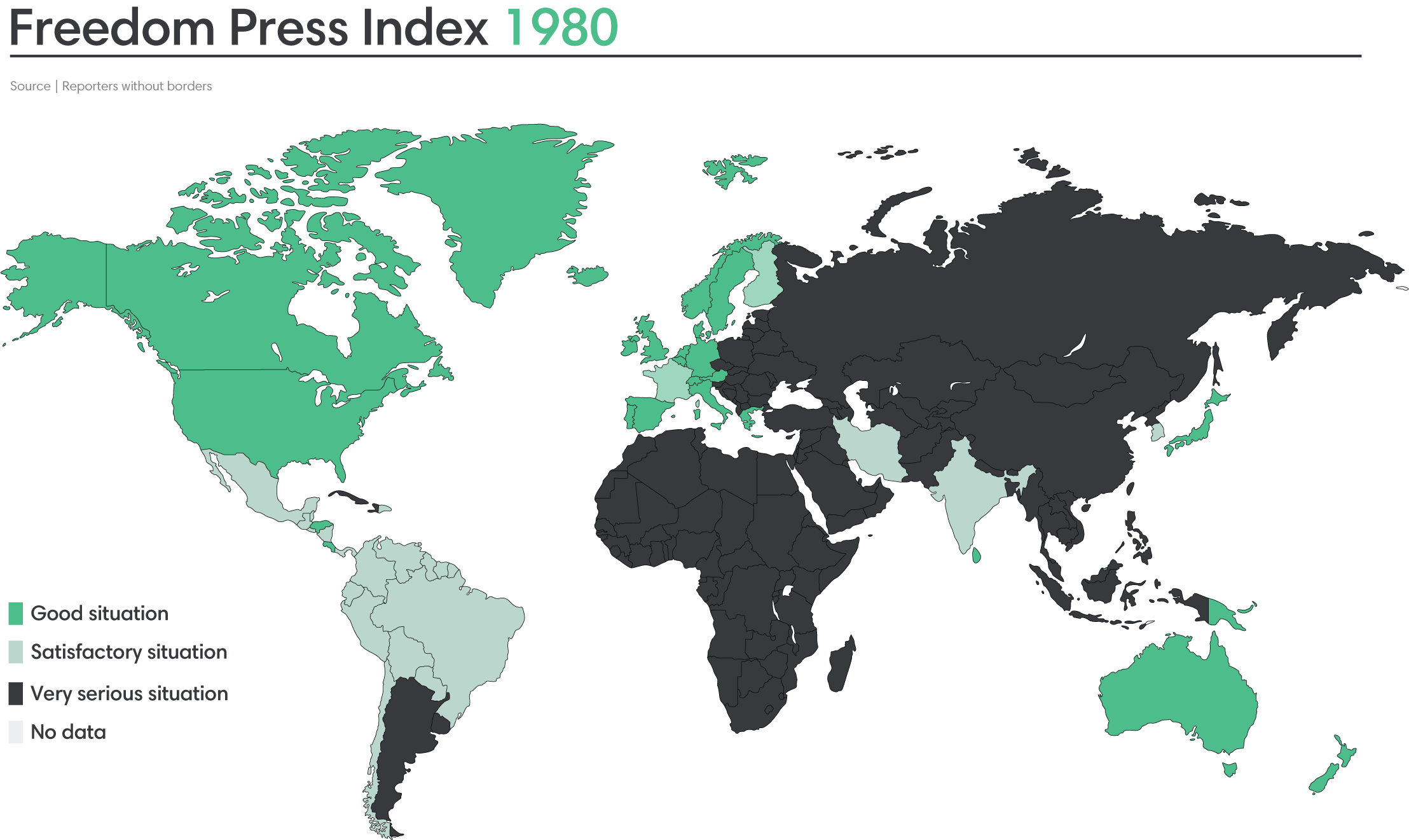 But during my formative years, I was fortunate to live in a country where I could choose to read whatever content I wanted. That right shaped me and my view of the world. 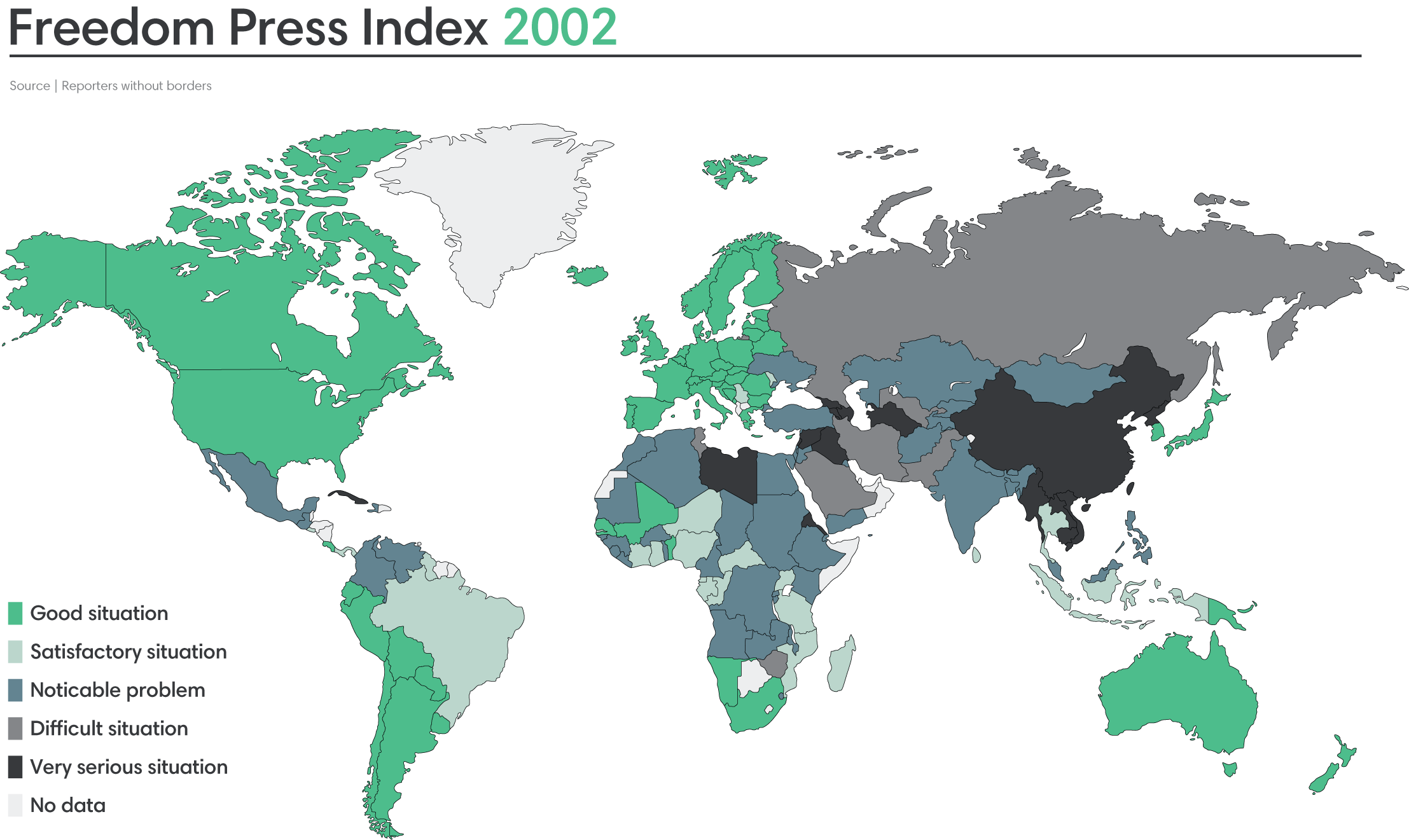 I was studying political science and law at university at the time, which required me to read and critically analyze information. I was part of a generation that knew how to access primary sources outside the internet, which wasn’t accepted as a primary source. But in what felt like a blink of an eye, the internet became the source.

Since then, the world has been dramatically changing and not necessarily for the better. Press freedom and democratic access to quality, trustworthy journalism is deteriorating. Take a look at this telling infographic from Reporters Without Borders. We can deal with viruses; we’ll find vaccines. But how are we going to deal with this? 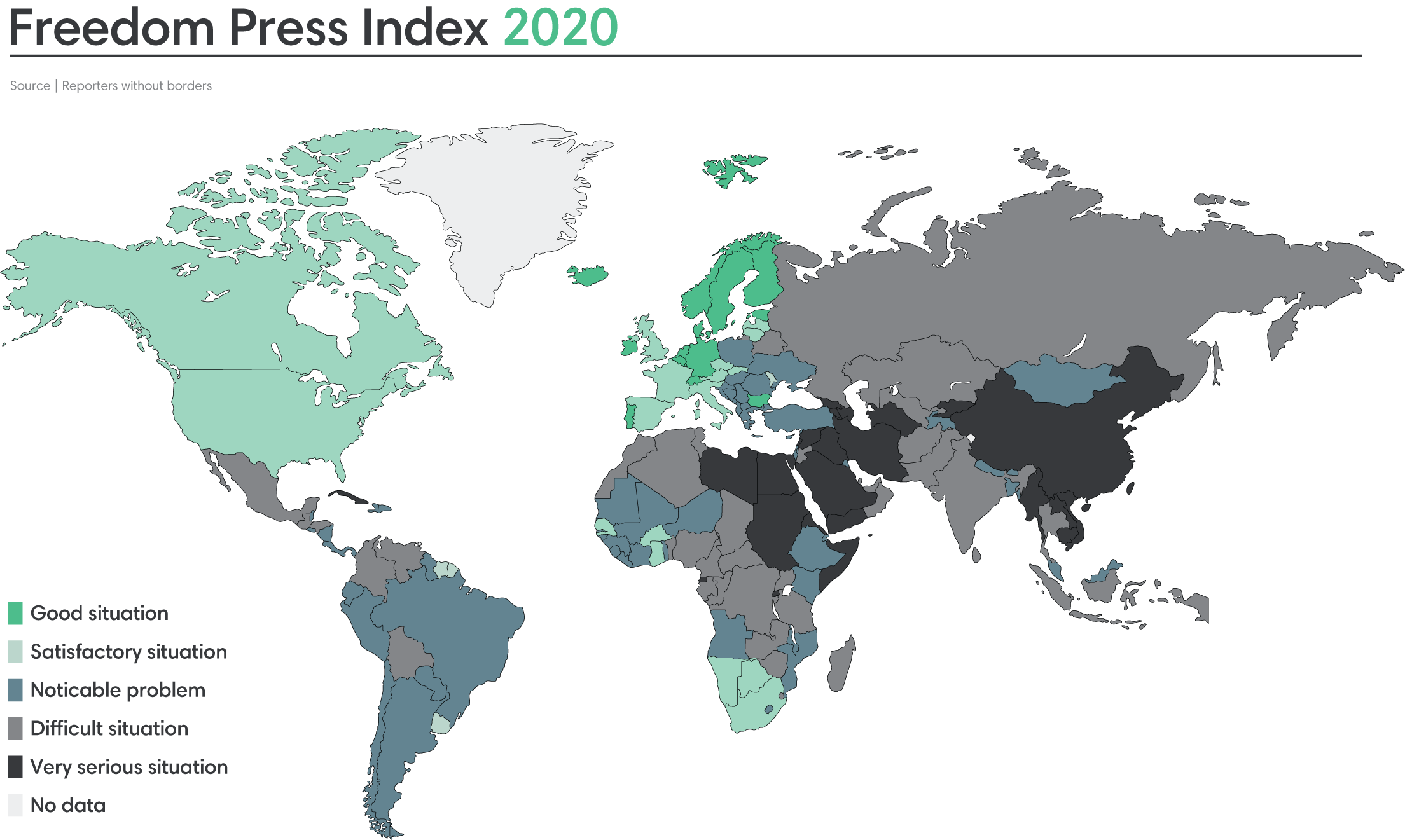 In the past, local and some national media brands were the only news games in town. Those sources were held accountable to journalism’s tenets, and more often than not, they were trusted. They were powerful pillars of society. But now that has all been disrupted.

Journalism is under attack

In the US, local media is undergoing a massive consolidation, leaving many people worried about news coverage fairness and news coverage in general. Since 2004, the US has lost over 2,100 newspapers, leaving thousands of American counties without a meaningful local reporting source. And that pace of closures is accelerating. 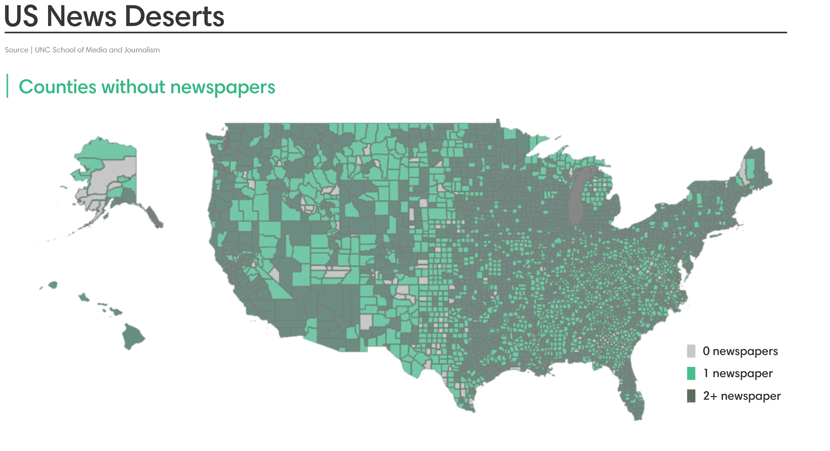 Meanwhile, those who should be accountable in government and society live outside the media ecosystem entirely, reaching billions of people with whatever lies and propaganda they want to spread through social media and other digital channels.

I’ve written before about Leonard Brody’s book, The Great Rewrite. In it, he talks about how the power pyramid became inverted when the internet allowed us to own our own communications on a massive and global scale.

But despite all of our power, we can’t control the corruption that permeates the web in terms of fake news, or, more accurately, false narratives, conspiracy theories, outright lies, and fear-mongering. And the costs of that are staggering.

Media literacy awareness of false narratives gets a lot of press but not enough attention. And thanks to all that disinformation infiltrating our lives, the foundation upon which mainstream media was built is crumbling. People are trusting media less and unsubscribing to it more.

Let’s not be fooled by increased subscriptions to our paywalls with the so-called COVID bump. Because in the grand scheme of things, those numbers may have an impact on your bottom line as you remove some hard costs and move people to products that are cheaper to produce and distribute, but the numbers are too small compared to the overall population that your content can and must reach.

But all is not lost. What we’re seeing are two different trust realities at work: the informed public and the less-informed mass population. 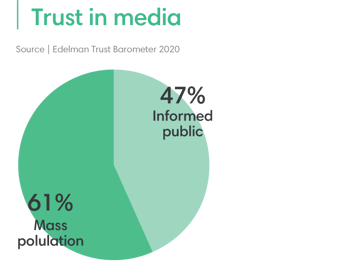 These opposing trust realities are what’s impacting the perception of journalism today. But as we all know, perception is often reality in most people’s minds.

The good news is that traditional media is still at the top of the trust barometer (along with search). [i] 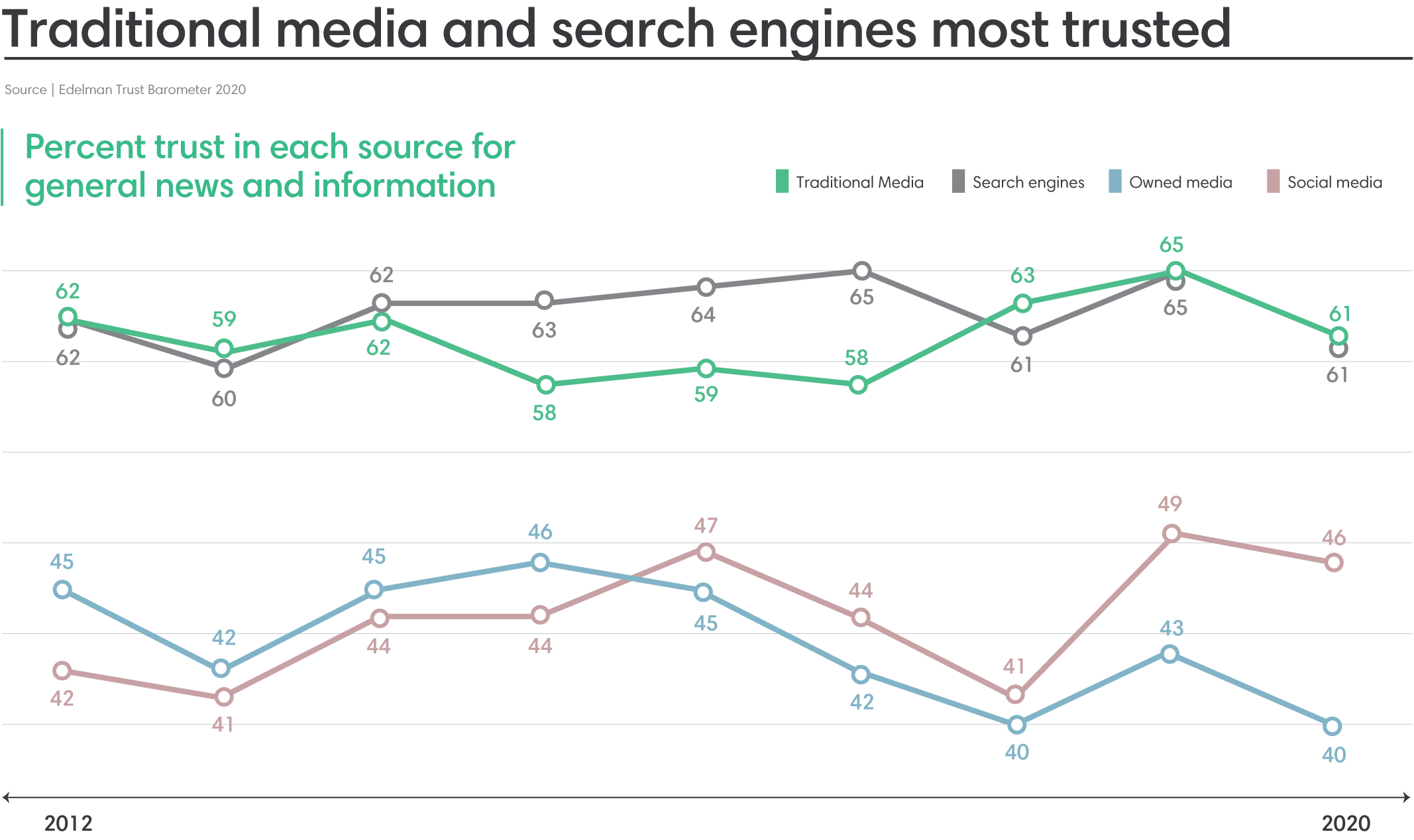 In Newsworks’ World Without News October 2020 survey, 70% of people believe a world without journalism would harm democracy. 63% say they feel less anxious when reading newspapers compared to social media posts. So it’s not surprising that 77% of people in Britain and 77% of those under the age of 35, appreciate journalism more since COVID-19 hit.

So if we can give the masses the tools and trusted information that helps them separate truth from lies and make informed decisions about their role in society, we not only improve their media literacy, we help elevate trust in traditional media back to where it used to be — above everything else. And the place to find the masses is … drum roll, please ... libraries! J

During my post-secondary school years, I was a reference librarian at the university. That experience made me a passionate advocate for libraries ever since. At that time, students were required to subscribe to specific newspapers and magazines not available for free in the library — mine was The New York Times.  Normally I couldn’t have afforded it, but we were given student discounts, and the price was pretty negligible — just enough to count the issues as paid circulation, I suspect.

So even back then, the concept of democratizing (access to) content wasn’t new to the publishing industry. Many media companies offered discounted rates to select audiences, and some still do. But discounting content for a select few isn’t enough to solve the world’s media literacy problem. We need a concerted effort focused on the crisis. And today, libraries are the ones leading the charge.

They not only democratize content; they educate people of all ages and help patrons determine what information is trustworthy and what is not. 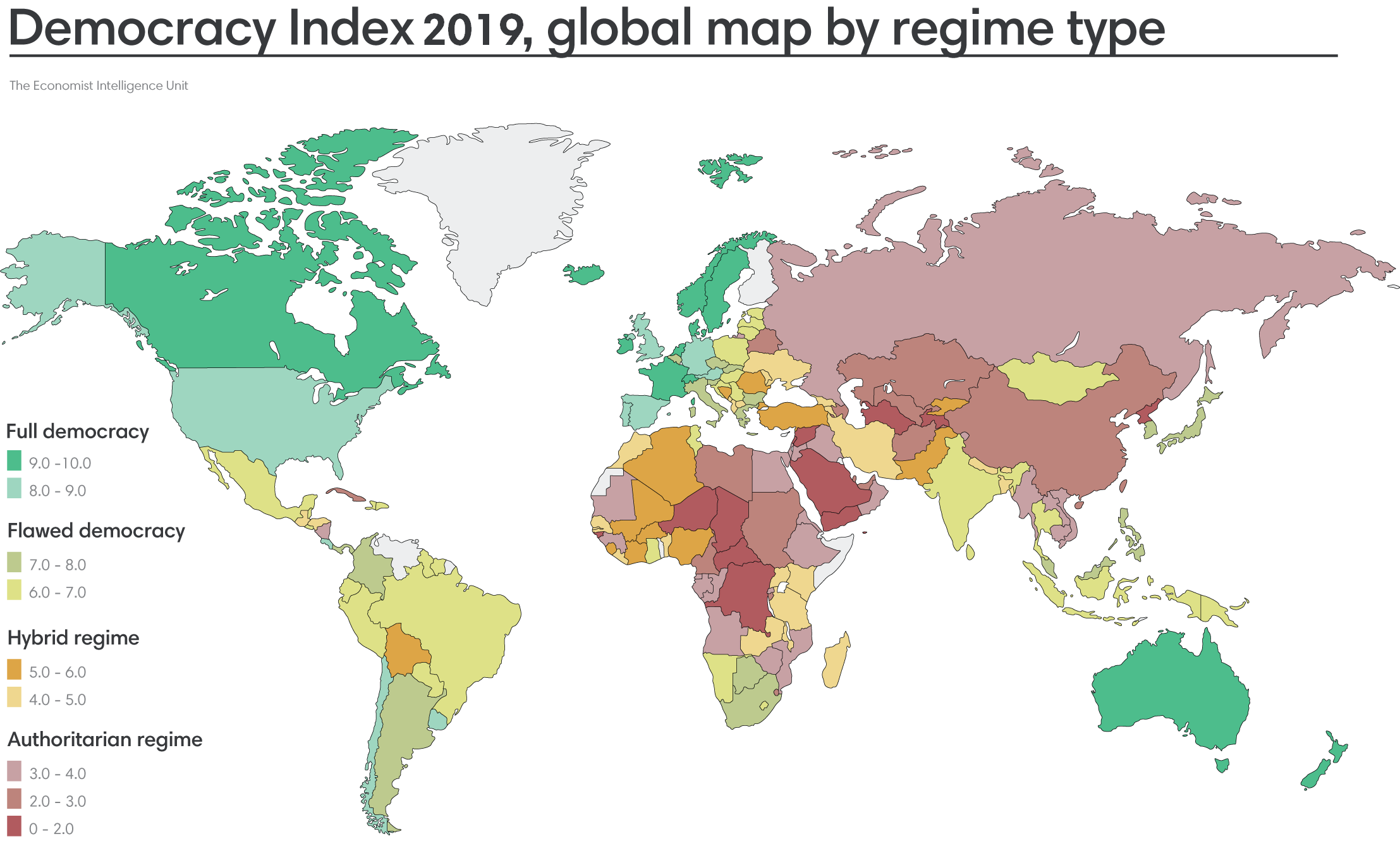 Sadly, media literacy is on the same trajectory. You probably all remember back in 2016 when Stanford University reported that most US students couldn’t distinguish credible from unreliable news articles.   Two years later, only 2% (yes, two percent) of young people in the UK had the literacy skills to tell if a news story was real or not.

In 2019, Stanford’s closed its latest media literacy study with a dire warning.  If ever there was a need for libraries and mainstream media to join forces to fight the good fight for media literacy, it is now. 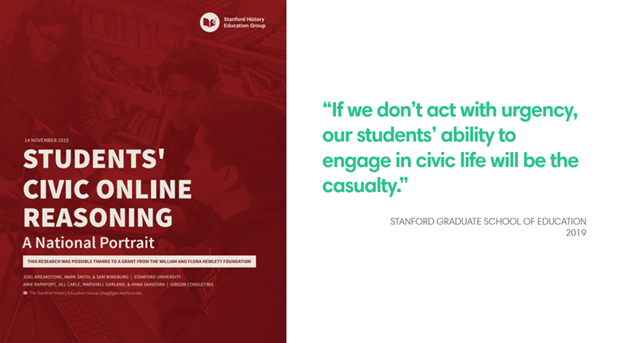 Libraries lead the charge for media literacy and democracy

Today, there are more than 1.1 billion registered library users worldwide. Some people may think libraries should be replaced by Amazon, but far more believe that libraries are essential to our social infrastructure. 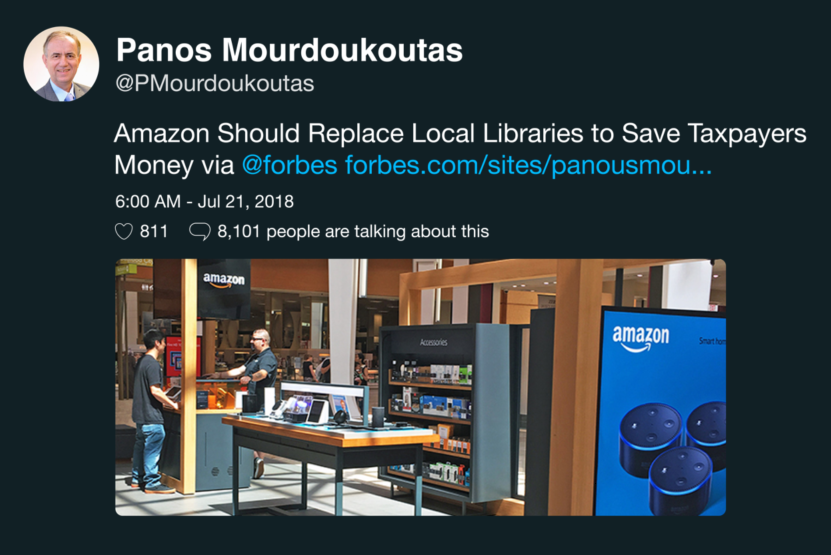 The late Professor Jon Bing of the Norwegian Research Center for Computers and Law said it best, “To ask why we need libraries at all, when there is so much information available elsewhere, is about as sensible as asking if roadmaps are necessary now that there are so very many roads.”

In one year in the US, people visited 17,000 public libraries more than 1.3 billion times, which is ten times more than the number of people who attend these sports events combined.

Libraries are one of publishing’s most important paid content partners

Despite all the value libraries bring to the world, some publishers have concerns about working with them. They believe that opening up content to libraries will cannibalize existing revenue streams. But the fact is that the majority of library patrons would never pay for their digital news anyway. They aren’t, and never will be, a publisher’s target market for generating subscription revenue.

The second concern I often hear is that publishers’ content will diminish in perceived value because it is assumed to be free. Actually, the opposite is true. Over a billion people have joined libraries specifically because they value the content and programs offered. They know that library resources aren’t free; people pay for them through their taxes and/or student fees. Sure, it’s a great deal for patrons, but it’s not a free ride. 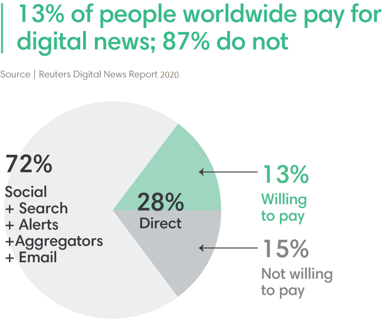 So let’s dig a little deeper into publishers’ concerns a bit more. According to Reuters 2020 Digital News Report, roughly 13% of the planet, on average, are willing to pay for digital news; 87% are not. So how likely is it that most library patrons are in the “not willing to pay” category? I would guess, very likely.

Reuters also tells us that only 28% of people prefer to access news directly; 72% get their news from search engines, social media, mobile alerts, aggregators, and email.

I think it’s safe to assume that the 13% who are willing to pay for digital news are from the group which prefers direct access. That leaves 15% of people preferring direct access but still not willing or able to pay for it.

There are just over 381,000 libraries worldwide with internet capabilities and millions of patrons who desperately need digital access to quality journalism. And despite librarians’ growing concerns about ever-tightening budgets and the escalating costs of resources, libraries believe so strongly that a democratic society can’t be built on communities afflicted with media illiteracy that they are willing to pay for journalism on behalf of those who can’t, or won’t, pay for it. 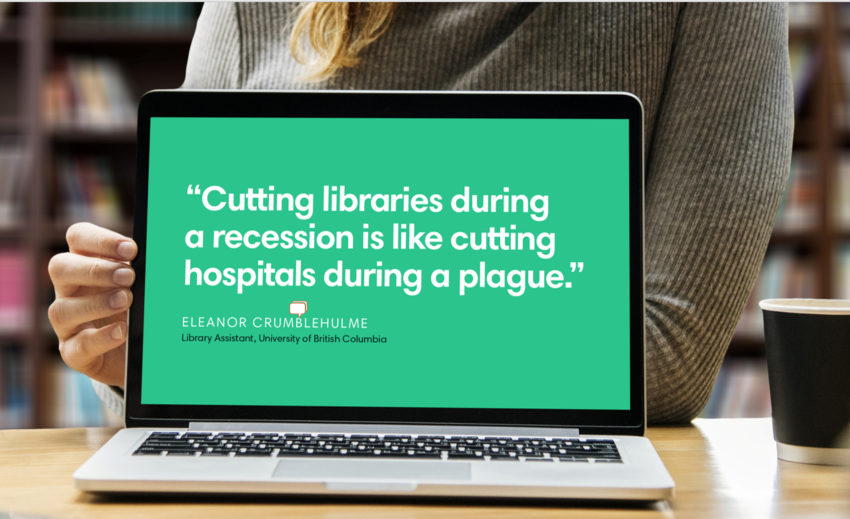 As guardians of the world’s greatest treasures and arguably their communities, libraries have proven to be an essential social infrastructure for people and the global economy. This was especially true during the pandemic’s early days when citizens were in lockdown with limited access to trusted information.

Librarians worldwide hit the ground running, working long hours from home, helping people sign on to digital services to access newspapers that kept them informed and magazines that helped them escape the stresses brought on by COVID-19.

Libraries have the power to change the world, but the battles they face fulfilling their mission to democratize access to content and solve the media literacy crisis is daunting.   So, what can be done to help them?

It comes back to where we started: journalism’s mission. Are we providing citizens with the information they need to make decisions in their lives and society — all citizens? Many publishers we work with are. And I hope after reading this article, you’ll consider joining the good fight in helping libraries deliver the right content to the right people at the right time through the right channels at the right price.”

[i] In the first five months of 2020, there were some changes observed in media trust, but until we can ascertain that this wasn’t just a “COVID bump” anomaly, I’ve chosen to use the original data from the Edelman 2020 report.

Note: This article was originally published in the April 2021 edition of The Insider on PressReader.com 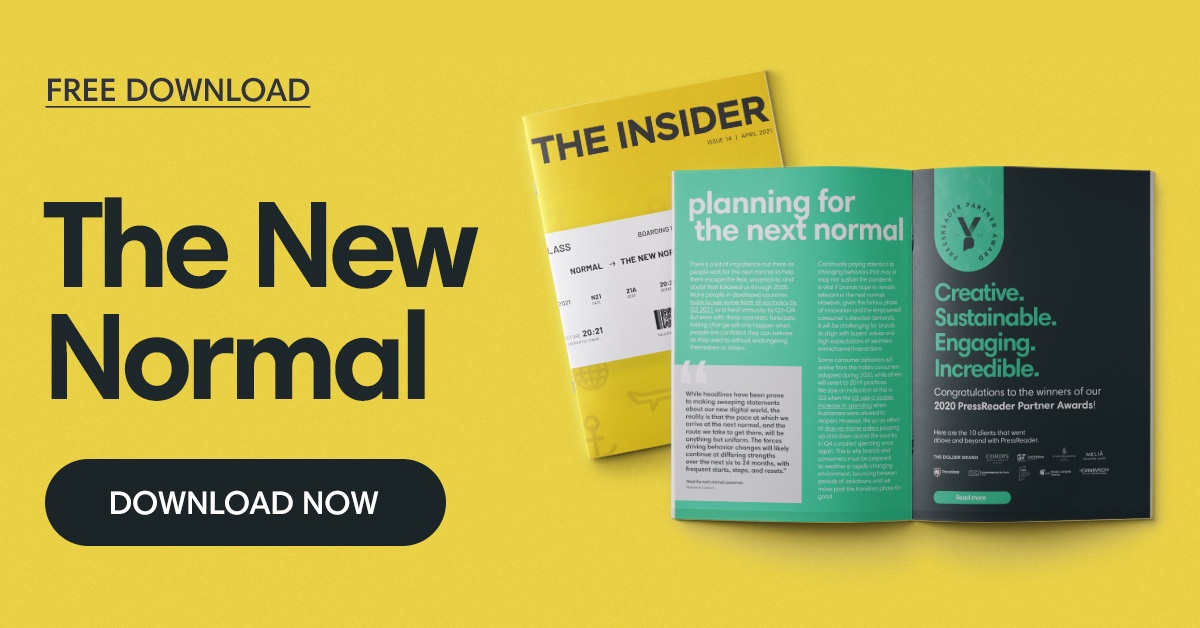